Welcome to the Net Terms Economy. This “buy now, pay later” environment is not the most hospitable place for small business owners, and yet, we’re stuck here in a world that can negatively impact our businesses, our industries, and America’s economy.

Living in the Net Terms Economy means waiting to be paid—and if you run a B2B business, you are particularly affected. In contrast, in the B2C world, businesses get paid more quickly as consumers make purchases using cash or debit/credit cards.

According to Fundbox, in the Net Terms Economy small businesses are owed $900 billion in outstanding receivables for services and products they have already delivered. In other words, outstanding invoices are being “held in suspended animation” while small business owners scramble to pay their bills and their staffs.

Net terms is the same thing as trade credit. Today, sellers often have to wait weeks or even months to get paid by buyers, who need their products so they can run their businesses. But since many buyers don’t have the cash on hand to pay for the goods, they’re asking (even expecting) the sellers to offer them credit, and then spend valuable time trying to prove they are creditworthy. Sometimes buyers get favorable terms, while other times they don’t, and they may get stuck with non-negotiable payment terms.

This is a lose-lose situation. Fundbox explains: “Both sellers and buyers often wind up cash-starved and growth-challenged, with funds hanging in accounts receivable limbo.” Often, buyers and sellers end up with cash flow problems—which can be a death knell to many businesses.

The process turns sellers into “banks” of a sort, first having to assess the risk of extending terms to buyers, then waiting to be paid by them. A comprehensive study of the Net Terms Economy from Fundbox and PYMNTS labeled the problem the SMB Receivables Gap and showed startups, early-stage businesses, and those with thin profit margins were especially impacted.

That doesn’t mean the news is good for more established companies. Though they can more easily navigate the Net Terms Economy because they have access to credit cards and lines of credit, these businesses are more likely to be paid late—on average about 15 days later than early-stage businesses. And, of course, companies that extend credit may end up with customers who don’t make their payments at all, leaving them with a lot of money tied up in accounts receivable.

So why do it? “To attract customers,” is the reason 55% of the established businesses extend credit terms. Plus, they argue, if they don’t extend terms, buyers won’t be able to afford to buy from them.

Extending credit can impede cash flow. And many businesses are already dealing with cash flow issues. The PYMNTS report says 56% of American businesses commonly face a cash shortfall. For early-stage, more vulnerable companies, that increases to 66%. And cash flow issues are the primary reason new businesses go out of business.

Cash flow impacts the growth of these businesses. According to the study, 29% of businesses say offering trade credit “constrains their abilities to make capital expenditures, expand production (27%) and purchase inventory (27%).”

Smaller companies that offer trade credit say they often can’t purchase needed additional goods, since their money is not accessible to them. Even larger companies are inhibited from investing in their company infrastructure, buying new technology, hiring more staff, etc. As the PYMNTS report says, “Making business decisions and budgeting is trickier combined with cash flow constraints, especially when you’re not sure when the funds will be in the bank. This … [can] start taking a severe toll on the success of your business.”

As I have already said, this is a no-win situation. Buyers with funding issues are often at the mercy of sellers who have the leverage to dictate the terms to them, which can “force” them into making bad deals. Why would they agree to a bad deal? Again, the answer is cash flow.

According to an Intuit study, 61% of SMBs struggle with cash flow. The study also showed small businesses lost an average of $43,394 because they had to turn down projects due to not having the sufficient cash flow to work on the project. That is a big chunk of money for small businesses to lose, putting their survival at risk.

The whole process becomes a series of “what ifs.” For sellers, who have taken the time to assess buyers—what if, after all that, they determine the risk is too high and deny them terms? Or, what if the seller who has undertaken the risk didn’t correctly assess the risk of loaning to the buyer, and the buyer doesn’t pay?

What about the buyer? What if the terms they are offered are too onerous to accept? Do they find sellers who offer less-quality goods? Do they cut corners? Fire employees? What if they have to go out of business because they don’t have enough products to sell?

The process is unsustainable. There are solutions, but we have to be willing to embrace new technologies and stop doing business the way it’s always been done. 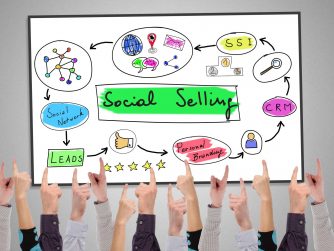 If you’re a retailer, how have you been managing these last few months? Most who own a retail storefront have seen their sales decrease these last...

The good news is retail sales for May were up 17.7% from April, according to the U.S. Census Bureau. The bad news is that retail sales were down 6.1%... 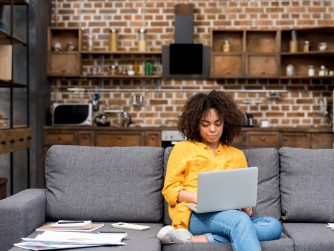 As more and more businesses permanently embrace the work-at-home option, there’s a need for tools that help them continue to operate seamlessly. Zoho... 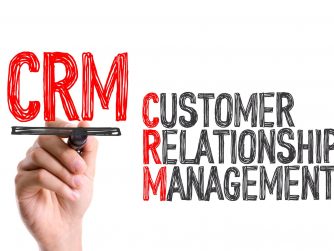 Small business owners now have one more tool to help them run more efficient and effective companies.  Zoho, a global tech company with over 45... 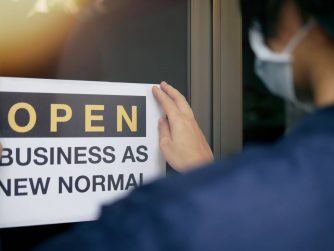 We recently talked to Raju Vegesna, chief evangelist from Zoho, a leading technology company that wants to transform the way you work.  Here’s... 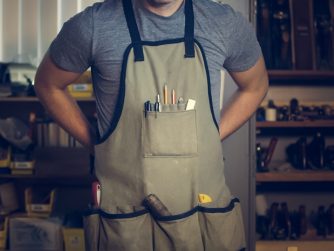 Take Control of Your Small Business with Ken Yancey

We recently had on the R&B Podcast show our good friend and long-time champion of small businesses everywhere, Ken Yancey. We had a great...

Make sure to subscribe to our newsletter and be the first to know the news.

Make sure to subscribe to our newsletter and be the first to know the news.